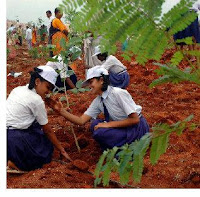 Green Ahmedabad campaign is becoming a prestige issue for the state forest department, especially now that Guinness Book of World Records and Limca Book of Records have acknowledged the claims of the department of a massive tree plantation in a single day through public participation.

Jagdish Prasad, chief conservator of forest, Ahmedabad, said the forest department has staked claim for setting up a new record of planting over 7 lakh trees in a single day and that too by public partnership.

He said that earlier the department was aiming at breaking the record of Rajasthan in planting 6.11 lakh trees in a single area with 300 volunteers. “Our 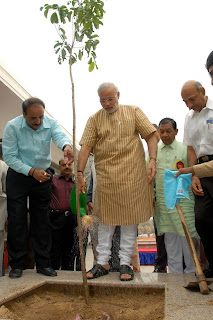 endeavour did not fit the parameters in this case and hence we decided to apply a second time staking claim to our attempt as a separate entry. This was accepted by the authorities of the two books,” said Prasad.

He further said the authorities of the two books have accepted the claims and have sent their guidelines for documentation. He said that apart from media coverage, the attempt would

have to be photographed. “We need to prepare a list of volunteers at the specific location and also the trees planted. These have to be substantiated with some photographs,” he said.

Once these photographs and documents are sent to them they would evaluate the attempt.

Meanwhile, Gujarat University has asked all its staff members and 10,000 students to remain present at the function where chief minister Narendra Modi would inaugurate the campaign. This is a show of strength for GU vice-chancellor Parimal Trivedi who has ensured that 60,000 students are deployed to take care of these trees which are planted on its campus. Trivedi said that these 60,000 students have decided to devote their 100 hours to taking care of these trees.