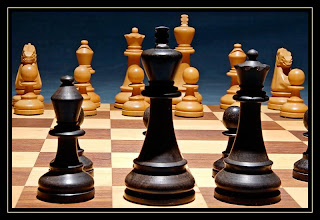 Twelve-year-old chess prodigy Raghav Srivastava set five new records for the Limca Book of Records on Saturday in Andhra Pradesh’s Nizamabad.
Srivastava played five rounds of chess blindfolded from start to finish to create new records. Each round had different difficulty levels.
In the first round, a panel comprising three Grandmasters, Pravin Thipsay, Sriram Jha and S. Vijayalakshmi, a referee, V V R Murthy, and the assistant Editor of Limca Book of Records, Amreen Toor, selected one of 24 short-listed games, which had been played by world champions, such as Viswanathan Anand, Paul Morphy, Garry Kasparov, Anatoly Karpov and Alexander Alekhine.
Srivastava played all the moves of the selected game by memory, from beginning to end.
Round three saw the blindfolded chess whizard, who has an ELO grade of 1622, play the same games in reverse from start to finish, while in round four, Srivastava played against an opponent who called out his moves, verbally. In the final round, Srivastava played out both his and his opponent’s moves in reverse.
“I am very happy and thankful to Limca World Records and GMR (Indian infrastructure developer), and all the grandmasters and all the members present here…thank you. My inspiration is (chess-player) Viswanathan Anand and (former President of India) Abdul Kalam. My aim is to become a world champion and scientist,” said Srivastava.
Gathered grandmasters were all praise for the 12-year-old’s prodigious memory.
“Well, definitely this is a record of a kind. During such a record in such an age, I think he is extremely talented in his memory. All I would like to say, that I would like to see him on chessboard, playing chess for India because that way we can see another Viswanathan Anand in the making because he has an amazing memory,” said Vijaya Lakshmi Subbaraman, chess grandmaster.

Records are not new for the sixth-grader as he entered the Guinness Book of World Records in 2005 for spelling correctly 50 words backwards in two minutes and 40 seconds.