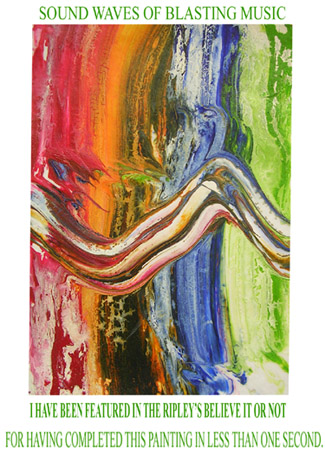 Parijoy Saha (14th February, 1974)  from Kolkata, India has created the record of “World’s Fastest Painting in Less than One Second”. He has made a painting in 0.92 second that is in less than one second using white glue (fevicol) and water colours by his  fingers  and palms without the use of any painting tools on 6th July  2006 at “Basant Villa”,Parnashree Pally, Behala, Kolkata.