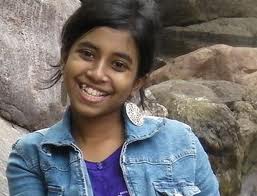 Have you ever heard of a CEO, who is only 14 years old? Well here is a 14 years old girl, who loves to play like other kids, but she chooses to play with animation. Sindhuja Rajaraman, the ninth standard girl,CEO of Seppan, launched her Chennai based animation company in October 2010. She is the youngest digital caricaturist certified by Corel Corporation, India, fastest 2D animator in the country certified by Nasscom Animation and Gaming Conclave, 2010.

Well, she had also made a Guinness Book record attempt for the fastest animation film. The film was on Exnora, a Chennai based non- profit organization. She made it to mark the occasion of 10-10-2010. She did a three minute animation film in ten hours. Now she is awaiting her results.

Talking about how she got into the animation profession, she said “It all started five years back when I wanted to take my mind off studies and do something new. My father, who is a cartoonist, instilled in me the passion to do animation and taught me the entire process. I have tried my luck with animation even before I started learning it professionally. I did my first mini animation project when I was in sixth standard. It was on ‘do not disturb animals’.” 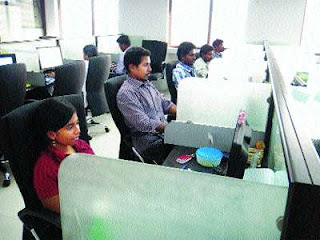 She got a offer from First Planet to work as Seppan’s chief executive when she didn’t even know the meaning of CEO, and now she is handling three projects, Virtual Street, Garbo.in and First Planet.

Kumaran Mani, her mentor, who helped her with the setting up of Seppan, says, “Initially she was a little uncomfortable being a CEO. But now she has learnt the tricks of the trade. When she meets a client she immediately shakes hands, collects their cards and neatly puts it in her folder.”

In Seppan, there are ten people working and they will be adding more people when needed. Sindhuja added in a positive way that she is the only CEO who is paid less than her employees.

Her colleagues, who are older than her, mentioned that she is very creative and they have learned lot from her.

Software lobby Nasscom’s regional director for Chennai, K Purushothaman said “Sindhuja is very passionate and committed in what she is doing. She has mastered the domestic animation skills. Now she has to sharpen her knowledge and skills on what’s happening in the international market.”

Though she gets offers from other big corporate companies, she has not shown any keen interest in joining them. She wants to live a normal life like any other 14 year old girl.

She aims to study at the Vancouver Film School in Canada and would like to specialize in animation.Sindhuja dreams that when she is 20 year old,Seppan would be a company with a turnover of one crore.

FIRST-PERSON TO HANG WITH ONE HAND ON...