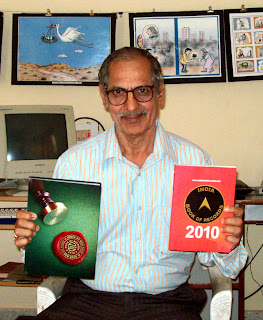 Rao’s achievement has been recorded under, “Most awards/ recognitions for cartoons”, and has been mentioned that as a freelance cartoonist since 1964 he has won about 12 international awards and 12 national awards for his work from places like Israel, Korea (nine times from 1996), Taiwan and Cyprus. Between 1980-2008, he has organised 33 one man shows. Mr. Rao was also the President of Karnataka Cartoonist Association.
About Mr. B. V. Panduranga Rao – Cartoonist 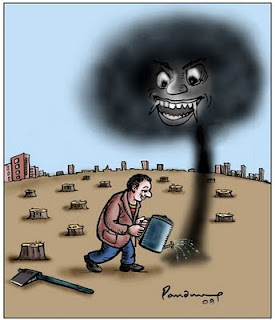 Ex- Sr. Manager from Bhilai Steel Plant, Bhilai Madhya Pradesh settled back in Bangalore in 2001, and a freelance Cartoonist. He has acquired a diploma in Cartooning from Raye Burns School of Cartooning,Cleveland, USA in 1965.

His cartoons are published in Kannada , Hindi and English news dailies and periodicals and other several publications Cartoons selected at internatonal cartoon festivals / exhibitions/ printing in Inter National Cartoon Albums over 25 times and has been included in India Book of Records 2010.

FIRST-PERSON TO HANG WITH ONE HAND ON...