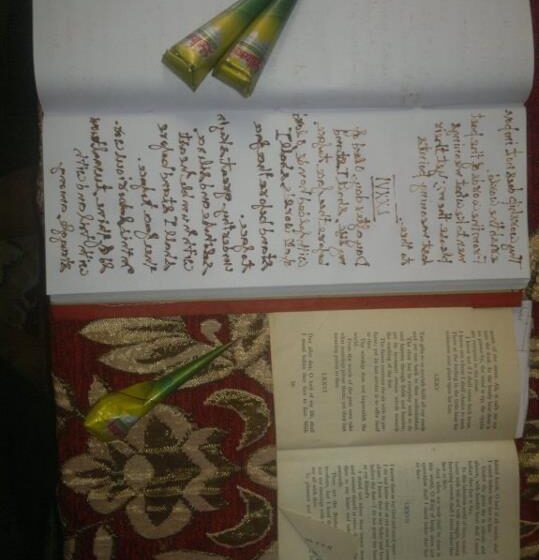 Piyush Goel (Dadri Wala) (born on February 10, 1967) of Dadri, Uttar Pradesh, has re-written ‘Gitanjali’ (originally a collection of 103
poems by legendary poet late Ravindranath Tagore for this he was awarded Noble Prize for Litreature in 1913), using Mehndi (Henna) Cone, within the duration of 29 days and completed it on August 5, 2012. The book has 103 different chapters and contained a total of 68 pages.