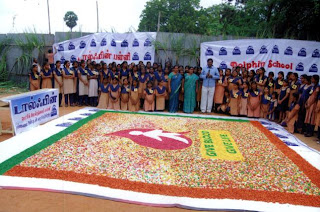 Three thousand students of Dolphin Matriculation Higher Secondary School, Madurai, administered a pledge on Blood Donation which got them a place in the Limca Book of Records.
The highlight of the pledge was their laborious effort in designing the Blood Donation logo with multicolour toffees on the ground covering an area of five metres width and five metres breadth.
Toffees weighing 250 kg and numbering one lakh were used for making the logo.
The students took three long hours to design the logo and inscribe the caption “Give Blood Give Life,” thus promoting the novel idea of blood donation.
The effort which took place in the premises saw enthusiastic students joining hands with members of the Lions Club, parents, teaching and non-teaching staff.
The event was inaugurated by school correspondent, A.R. Ramanathan, in the presence of Roselin Mary, Inspector of Matriculation Schools, Madurai, V.R. Chinna Arunachalam, Lions Club Governor, and A. Padma, Principal, Dolphin Matric H.S. School.
The pledge
The pledge read: I will donate blood yearly once. I will request at least five members to donate blood every year. I will not yield to any bad habit which would prevent me from donating blood. I will try to arrange blood donation camps to create awareness among the general public.
Ms. Roselin Mary in her address appreciated the novel effort of the students and called the other schools to emulate this attempt in creating awareness about blood donation.
The other speakers asked the students to go in for a Guinness World Record and promised to extend their support for this noble cause.
Tags: Blood Donation Madurai 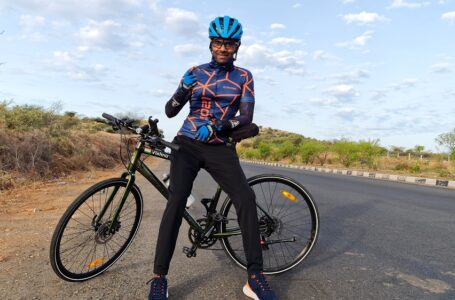 MAXIMUM DISTANCE COVERED IN 24 HOURS BY... 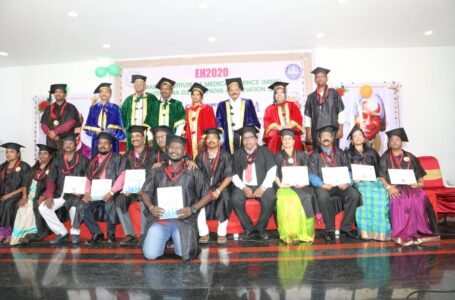