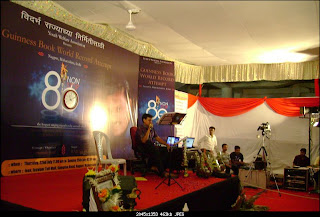 Rajesh Burbure, 34, who started singing on July 22 ended his feat yesterday and is all set to make to the new world record in Guinness Book of records. He had thus surpassed the previous record of 76.7 hours singing by South Korean singer Kim Sen Oke.

A city theatre on northern part of city was turned into a stage for the new world record creation and audience encouraged him throughout his performance. His wife Varsha and twin children Dhanashri and Vaibhav are also in the concert group, while the 13-year girl sings, Vaibhav plays instruments. 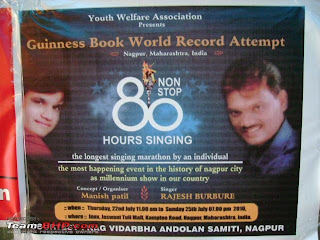 The entire 80-hour performance was videographed and it would be sent to Guinness Book of World Records for necessary entry, Varsha Burbure said.

A team of doctors monitored his health during the 80-hour duration. He presented numbers of well-known playback singers- Kishore Kumar, Mukesh, Mohammad Rafi and others.

As soon as the programme ended, Burbure felt exhausted and soon was provided with medical help. A room in the cinema theatre was already converted into a make shift hospital with all emergency medical equipments and medicines and a team of doctors present during three night and four days. 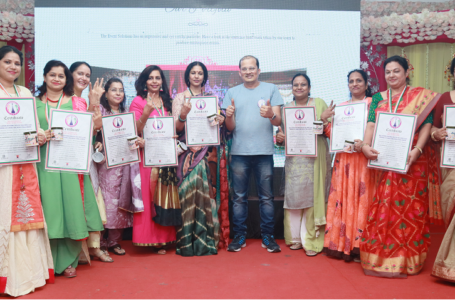 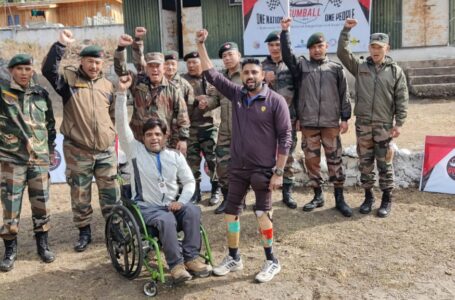