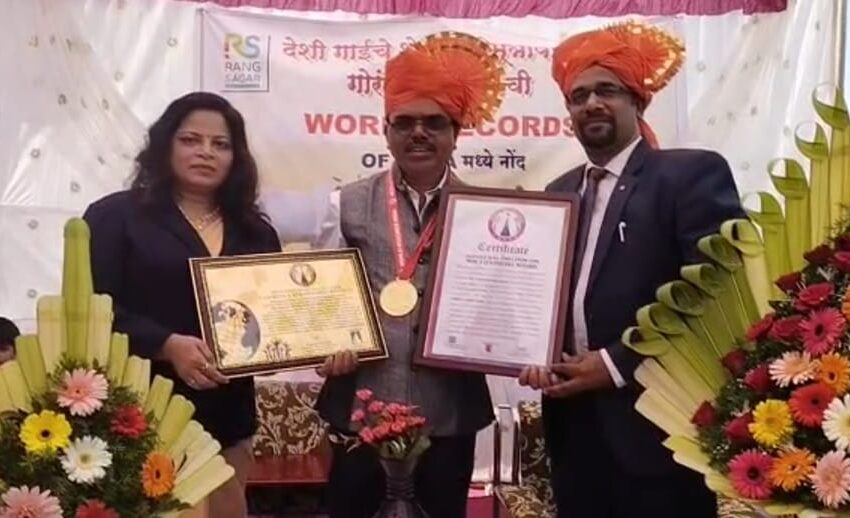 With a sacred mission, ‘Cows Are To Be Saved’ and going beyond to save and preserve the cow, which is referred to in the Indian culture as Gomata, MR. SATISH SHANKAR BADE (Born on 3rd April 1967) a s/o. of Mrs. Malan &  Mr. Shankar Bade,  an entrepreneur and founder of “RANGSAGAR PAINTS” from Karad Taluka Satara, Maharashtra, has pursued and devised Eco-Friendly paint known as “GORANG VEDIC PAINT”. This unique paint is made using cow dung, cow urine, and a number of Ayurvedic ingredients materials and set a New Record on 26th January 2021 at Karad, Satara, Maharashtra. Due to Mr. Bade’s creative environmentally friendly concept Goshalas are earning extra income and have improved the economy of Goshalas. The record was adjudicated by Sanjay Vilas Narvekar & Sushma Sanjay Narvekar – Special Adjudicator of Maharashtra.

MAXIMUM PHOTOS OF FORTS DISPLAYED IN A...