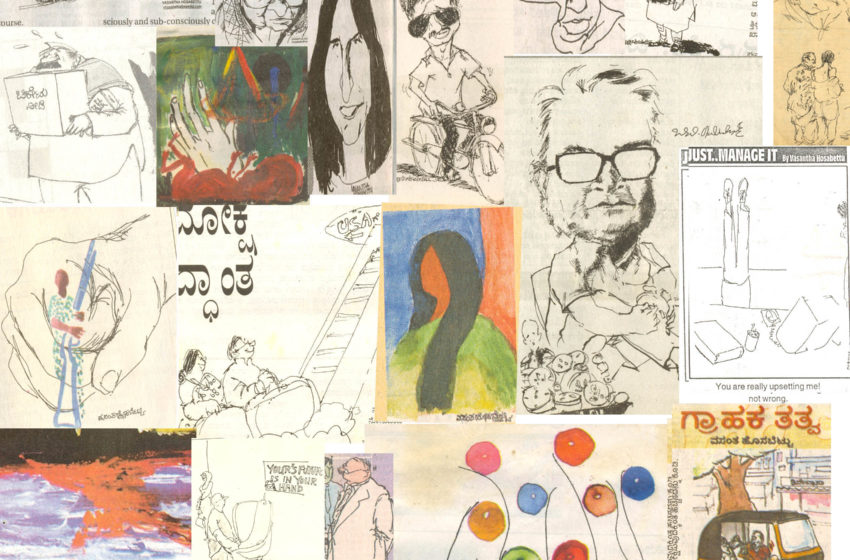 Vasantha Hosabettu(Born on 21 May 1965) of Bangalore, Karnataka wrote a longest running weekly cartoon column called Wa Re Wah…! which was written only about cartooning, cartoonist and cartoon. It was published in Kannada Prabha, Kannada Daily Newspaper from the New Indian Express Group.

This column appeared without a break between December 1, 2004 and February 11, 2009, on every Wednesday. These columns have also come out into two books, “Wa Re Wah…!” and “Munduvarida Wa Re Wah…! (Collection of 101 columns each) published by Sadana Prakashana-Bangalore”.