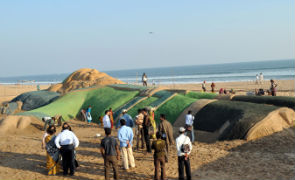 People all over the World celebrating Christmas. On this occasion Santa Claus is appearing in green colour sand and enjoying under the blue sky on golden beach of Puri with spreading the massage of “Go Green” for global warming in the world.

Internationally acclaimed sand artist Sudarsan Pattnaik from Orissa created world’s longest Santa Claus on sand at Golden beach of Puri on the occasion of Christmas Eve. Pattnaik created 160ft long santa claus for “ world Record” to break his won record which was created by him on 2006 for 100ft long sand Santa claus.

For this sculpture Sudarsan with his 15 students of his sand art institute are assisting him to create this. The sculpture is 160 ft long, 30 ft wide and 30 ft high, using 15, 00 tons of sand and he took 16 hours to complete it. He also used green color sand for spreading global warming awareness.

“Puri is the place where sand art started in the 14th century and the tourist inflow into Puri is another reason why I chose Santa as the subject at this time of the year,” Pattnaik said.

Sudarsan has so far participated in more than 42 international sand sculpture championships across the world and won many awards including 2008 world championship title at Berlin for the country. Pattnaik also running a sand art school at Puri Beach in Orissa. 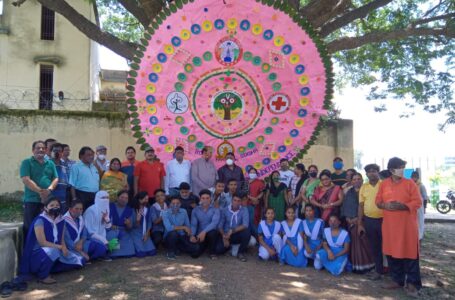 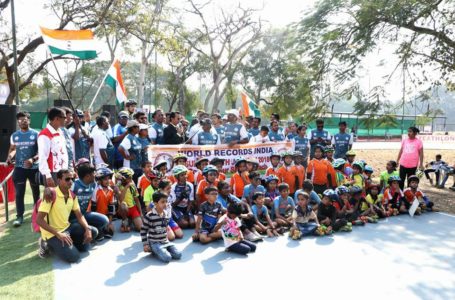 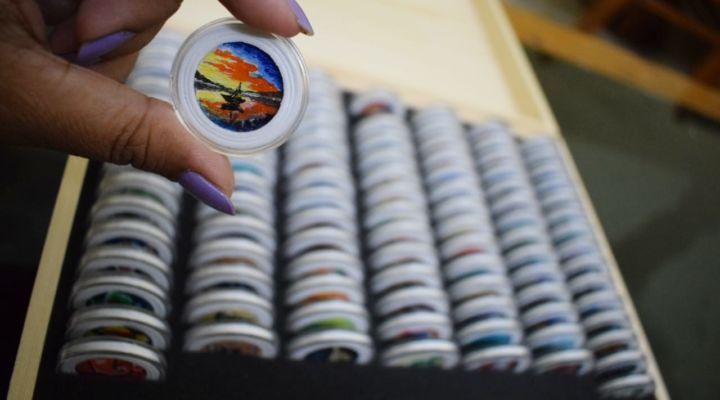