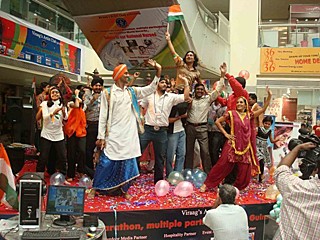 Over 200 participants have been singing at the mall since July 24. 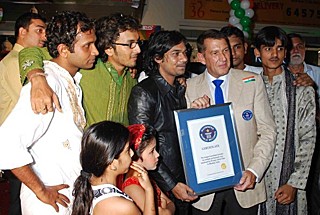 Viraag Wankhede, founder of the club said “It is a great feeling. A lot of hard work has gone into it .”

“Apart from setting the record, our aim is to promote national integration through music,” he added Guinness’s Wide said that India held quite a few records and one of them was connected to the freedom struggle.

•Our vision was to rise above all the regional, religious &  political affiliation apart to show love for our country and to make  people proud to  be an Indian  moreover to promote national integrity.

•More than 500 artists from all over India  (various languages ,  religions, physically challenged etc ) have performed non stop days and nights and sung more than  7000 song for a historical duration.