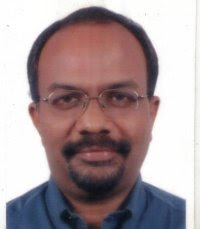 After 18 years of applying and reapplying,  Job Pottas has finally entered the Guinness Book of World Records for spelling words backwards in record time.

Finally, Job received the Guinness Record on August 6 at a ceremony held in London, after he reverse-spelled 50 words chosen at random in one minute and 40.14 seconds, breaking the existing record by Deborah Prebble, UK (two minutes and 20 seconds). The words had been chosen from diverse fields like medicine, law, engineering and biology by G Rangarajan, head of the Research and Post-graduate Department of English, Maharaja’s College and Thomas Mathew, a freelance journalist.

The 49-year-old Job, a businessman, runs Pottas Gas Agency, a cooking gas agency of Indian Oil Corporation, at Muvattupuzha. He says he has no idea how he acquired such a talent, except that he is a voracious reader.

Job has given an interesting name to the concept of reverse spelling-’gnilleps’ which is the spelling of ‘spelling’ reversed. This kind of reversal is possible only in English language, says he.

Job’s son Geordy, an MBA student, has now entered the India Book of Records by counting the number of letters in words in record time.