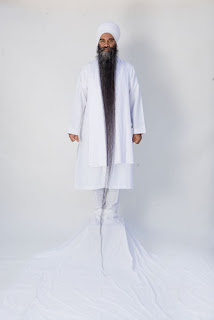 A Surrey man has broken his own Guinness World Record for having the world’s longest beard, which now measures just under eight feet long. Bhai Sarwan Singh, head priest at Surrey’s Guru Nanak Sikh temple, was initially hesitant to go for the Guinness world record.
“I was a little bit uncomfortable because I did not grow it for that purpose,” said Singh, speaking through translator Avtar Singh Gill. “I am a Sikh, and as a Sikh I should not cut my hair.” Singh gave in after some convincing from friends, however, and he is glad he did.
“So many other Sikhs have called him, saying, ‘You’re keeping that long hair and we are cutting our beards; we should not cut them,’” Gill said. “Some of them have promised that. Now he’s more comfortable than at the start.”
Singh, who calls his beard a source of pride, says most people understand it is a symbol of religious faith and commitment.
“Long hair is to be respected [in the Sikh community],” said Singh. “My beard is more important to me than any other body part.”
The 44-year-old has never cut or trimmed his beard.
It was most recently measured on March 5, at a taping of European television show Lo Show dei Records (The Show of Records) in Rome. About 50 other record holders were present.
It will air March 27, but only in Europe.
Singh’s previous record, from November 2008, was 7.74 feet or 2.36 metres.To maintain the beard, Singh washes it with water daily and shampoos twice a week.
“It’s a very normal routine,” Gill said. “He’s never felt that he has anything extra, or special.”
On a daily basis, he wears it tied neatly, several inches below his chin. “You would never know that it’s actually eight feet long,” Gill said.

MOST NUMBER OF SELFIES CLICKED IN AN HOUR 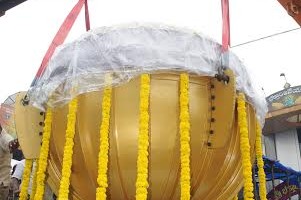