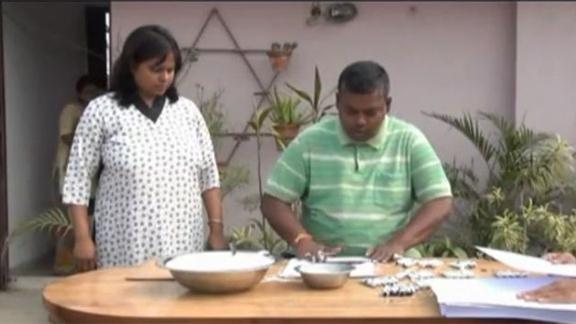 Parijoy Saha (14th February, 1974) from Kolkata, India has created the record of “World’s Fastest Painter” by making 51 paintings in 35 minutes.The size of the paintings were 37 cm x 28 cm each and it was made by water colours, synthetic resin adhesive (fevicol) on white ivory paper on  11th December  2011 at “Basant Villa”, Parnashree Pally, Behala, Kolkata. He has made several paintings in less than one minute each. He has also made a painting in 0.92 second , that is in less than one second on 6th July 2006 with his fingers, nails and palms  using synthetic resin adhesive (fevicol) and water colours on white hand made paper of size 37cm x 28 cm.