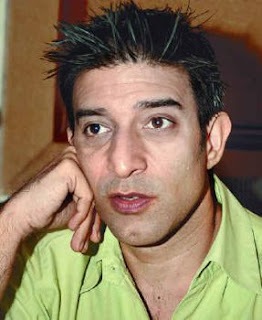 Suneet Varma has done it – he has entered Limca Book of Records by creating the world’s longest embroidered saree which is all of 55 metres. The ace designer has termed the recognition a ‘sweet surprise’.

Varma, along with a team of eight designers and more than 55 artisans, created the 55 metre long and 45 inch wide sari in 10 weeks. The Delhi-based designer took inspiration from the mythological character Draupadi’s ‘chirharan’.

“Saris are my forte and I have always looked up to this five yard wonder as a canvas on which I can do interesting things. I like doing out-of-box things with it,” said Varma.

The sari has been especially designed exclusively for Vogue’s Fashion Night Out, a shopping extravaganza that will take place Sep 10 at Vasant Kunj’s DLF Emporio Mall.

When Varma was designing the sari, he never thought he would create a record.

“While I was designing the sari, I had no figures in mind or I was not aiming at setting a world record. It just happened and when something like this happens which you had never expected, it comes as a sweet surprise,” said Varma.

“I was inspired by Draupadi because it was seemingly endless and very very long. So this sari has my own interpretation of what her life was like.”

Varma has also taken inspiration from contemporary India, wedding ceremonies, forests with palm trees, the religious iconography of the gods and goddesses and the birds and animals depicted in Indian textiles.

He used silk-georgette, dyed into myriad colors of yellow, orange, fushia pink, lime green, red and cobalt blue for the sari, which has a running patch work, silk brocade and satin printed three-inch border all around.