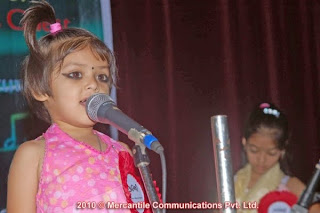 Atithi Gautam KC, a three-year-old girl from Kathmandu, has cut a solo album of nine Nepali songs, including the country’s national anthem, and has set her sights on entering the World Record

Her elder sister Usna, and her father, Uddhav, who is a Nepali folk singer, accompanied her at the ceremony. 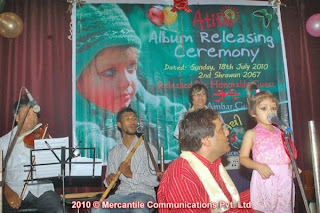 Although her age did not deter Atithi from cutting the solo album, the composer said it was difficult to work with the child on account of her age.

“There is a vast difference in working with a professional singer and a child singer. It was really difficult to work with Atithi, too,” said Shyam Sharma, who composed the music for Atithi’s album.

Her father has planned to register her name in the Guinness Book of World Records.

“Atithi started singing at the age of two. She got into the habit of imitating her sister, so we worked on the process to record her songs,” said Uddhav KC.