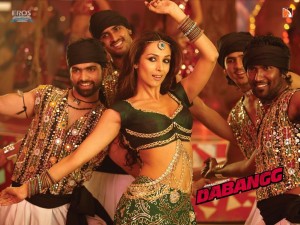 On the opening night of Indian Film Festival, being held in Melbourne, when Indian Bollywood movie ‘Dabangg’ was screened, excitement gripped everyone.

There were 1200 people, who broke into a gig, as soon as sooner pinup girl Malaika showed up on screen for her ‘Munni’ act.

This peppy number is already a rage in India and with it making it to the prestigious Guinness  World Record Book, it is safe to say that it has started making waves globally.

Khan can’t believe it
Arbaaz Khan, who produced the movie, said, “What triggered this was the dance marathon, which was held in Melbourne. When a group of people started to dance, it caught fancy of representatives of The Guinness World Record Book.”

The song has set a new record while surpassing its old one which was created in Singapore, where 1008 people danced publicly on this number.

Arbaaz and gang have all the reasons to smile. Soon after a rollicking performance Arbaaz tweeted on the micro-blogging site , “Munni enters Guinness Book of Records. Over 1200 people danced for 3 minutes in melbourne park !!!”

In a recent interview Malaika had said, “They (people) made the event memorable. It happened so sudden that for a while I was unable to figure out what happened. But then the action simply went on.”

Over and above Beedi
‘Beedi Jalae Le’ from ‘Omkara’, which took Bipasha Basu’s career to dizzying heights, had also been a big hit Down Under.

Kumar Mangat, producer of ‘Omkara’, had said, “I am amazed. It’s not only played during the events but even the popular clubs in Sydney and Melbourne playing this foot tapping track.”

But presently, Munni has surpassed it and has created history.

Certified
According to the sources, the movie unit (of ‘Dabangg’) which was present in Australia received the certificate for this record.

“It enthralled everyone present during the event,” said Mitu Bhowmick Lange, the director for Indian Film Festival 2011. He added, “It was unexpected but the way people showered praises, it’s commendable.”

Interestingly, the war for popularity between ‘Sheila Ki Jawaani’ and ‘Munni Badnaam…’ continued for long, but now, with the ‘Dabangg’ number having made it to the coveted Guinness Book of world record, it’s clear that Munni still rules the roost. 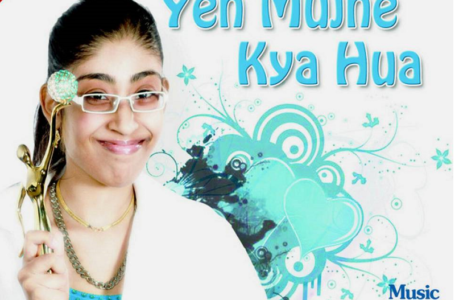 PUJA KAPOOR – ONE THE SPOT MUSIC...