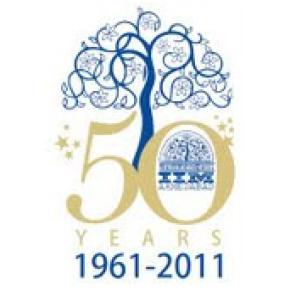 This year has been full of surprises when it comes to the golden jubilee celebrations of IIMA. First was the rock show and adding a feather to their cap, is an attempt by their students to enter the World Records.

The students are planning a domino show at the historic RJ Mathai auditorium by toppling over 10,000 dominoes to unveil a design inspired by their golden jubilee logo.

Secretary of IIM’s media cell, Glen D’Silva said: “The current India record as per the authorities at World Record is 7000 dominoes by Microsoft India at the launch of Windows 7. Our aim is to make a figure using 10,000 dominos and reach a figure of at least 12,000. A team of about 20 students has been working through the nights for the past 10 days to practice for this event.”

According to D’silva, the challenge is to keep the domino as stable as possible as even if one of them gets the slightest touch of finger or hand, the entire things will topple off. It has to be set up with a particular precision.”

Says Abhinav Jain, general secretary of the students’ council: “We are trying to convey to the world outside IIMA that our students are not merely restricted to studies but they also move, think and create.”

The entire setup will take at least five hours and they will kick start the show at around 3am, although the event will take a mere three to four minutes. Students have placed an order for nearly 16,000 pieces of dominos from the old city, which are made of compressed sawdust – quite different from the regular wooden ones.”

Anirban Das, a PGP1 student said, “I was in the team of Microsoft which holds the current record and I hope to break the record with the IIMA team this year”. The domino show will kick-off at 10.30 am at the RJM auditorium on December 11.