When more than 1.25 lakh people from across the country and beyond were readying themselves to welcome Sri Sri Ravi Shankar for Annam Brahma event, a few hundreds were jostling for space to meet him at a private residence. That is also where followers, believers, educationists and some from the media had gathered.

Sri Sri came to Ahmedabad, where as many as 5,500 different food items were prepared, to be later distributed among 30,000 underprivileged children. This “mahaprasad” prepared by several hands — some of which came from as far as Taiwan, Norway, Australia, the UK and the USA — is an exercise to “bond people through food (annam)”.

While the ‘how’ might mushroom in many a mind, Sri Sri explained, “The Upanishads declared annam brahma… Food is God, and we must honour it. We must eat it with awareness. God is in every particle of His creation, creatures are all born out of food.”

And then, wearing his generous smile, he added, “When you honour food, and have it, you are blissful, isn’t it?” The event at Sri Sri Dham is likely to get into Guinness Book of World Record for the highest number of vegetarian food items preparing at one place. Food helps create an environment that facilitates union with God, something Sri Sri was in the city to share and talk about. Besides being a necessity, “food is also a culture promoter”.

While he believed the gathering was not so much about “creating a world record”, it was “an occasion to create so many delightful varieties and take pride in our culture”. The talk veered to other observations, even concerns. Youth getting increasingly competitive being one; stress eating up peace of mind, another. Then, the talk about money and craze for it.

“There is no harm in being competitive, being in a rat race. Wanting to win the race is fine, only thing is learn not to fall. Hold yourself, that’s most important. Everything else around is fine then. I want youth to be competitive but then, I also want them to be well equipped to take the stress that comes along. I want nothing to break them,” said Sri Sri.

“It is wrong to believe that only if we are unethical will we be successful. People who practise the belief also have big falls.”

Citing the Satyam case, Sri Sri said, “We are caught between Scam India and Slum India… what we want is Spiritual India. And we will make it happen.” Leaving from there with food for thought, Sri Sri readied to reach Sri Sri Dham, where over a lakh followers awaited him. With food, and love for him, that binds all. 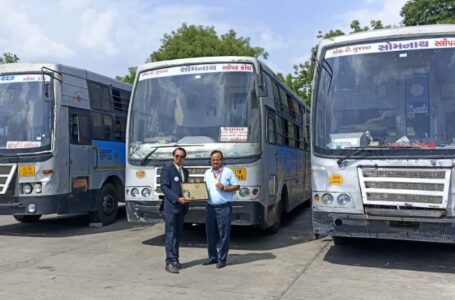 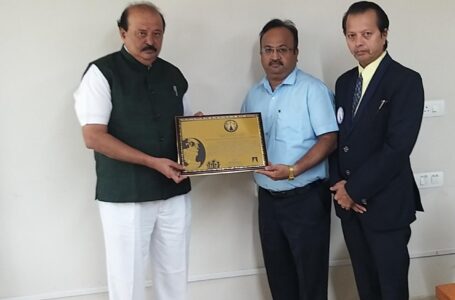