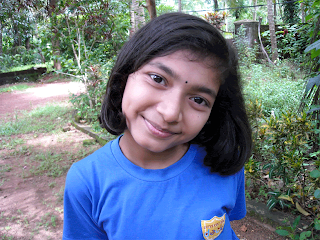 The Youngest Girl Web Designer and Youngest CEO in the World, designed and developed the official website of her school, Presentation Higher Secondary School, Kozhikode, Kerala, when she was only 8 years old.

Now she has received the National Child Award for Exceptional Achievement 2008, the highest award in India for Children instituted by Govt. of India.

Sreelakshmi Suresh has already designed and developed 10 websites. Her website for Deaf’s, www.kozhikodedeaf.org, officially launched by Sri. Binoy Viswam, Minister for Forest, State of Kerala and her news website for kids in Malayalam, www.e-sandesh.com, formally inaugurated by Sri. V. S. Achuthanandan, the Honorable Chief Minister of Kerala on 7th December 2008.

Sreelakshmi Suresh is appointed as the Brand Ambassador of InfoGroup – group of companies and Director of YGlobes Technologies. Now she has started her own web designing company eDesign (www.edesign.co.in), wherein she is the CEO, the youngest CEO in the World.

Now Sreelakshmi Suresh started another firm, Online Pixel Traders in association with Cybrosys Techno Solutions Pvt Ltd wherein she along with Mr. Sainul Abideen (world famous for his invention of Rainbow Technology) are the Managing Partners.

Sreelakshmi Suresh is very much interested in computer applications even from her early childhood. When she was 3 years old, she used to draw pictures using MS Paint program in Computer. Then she learnt typing alphabets and gradually started studying web designing. When she was studying in 3rd class, she was entrusted with the work of developing a website for her school.

www.presentationhss.com was launched on 15-1-2006 by Sri. Binoy Viswom, Minister of Kerala, when she was only 8 years old and studying in 4th class.

MOST ARTS AND CRAFT WORKS ON NATIONAL BIRD PEACOCK